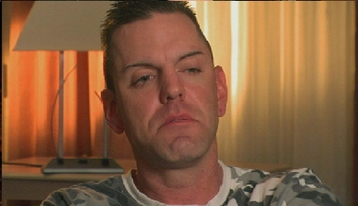 John T.
Age: Late 20’s
Location: Arizona
Addiction: Alcohol, hallucinogens
What’s Memorable: His sad, desperate attempts to get his supposed friends to hang out with him.

Official synopsis: As a former clean-cut track star, John’s life used to revolve around athletics. Now, after a leg injury ended his running career, John spends his time abusing his body with alcohol, marijuana, ecstasy and hallucinogenic drugs.  He believes he is living a charmed life as a successful and popular DJ when the reality is that he is losing his friends, his family and his chance at success in the music industry to an addiction that could result in permanent brain damage or death. His family believes that his only hope lies in an intervention, but can they convince him that he has a problem before it is too late?