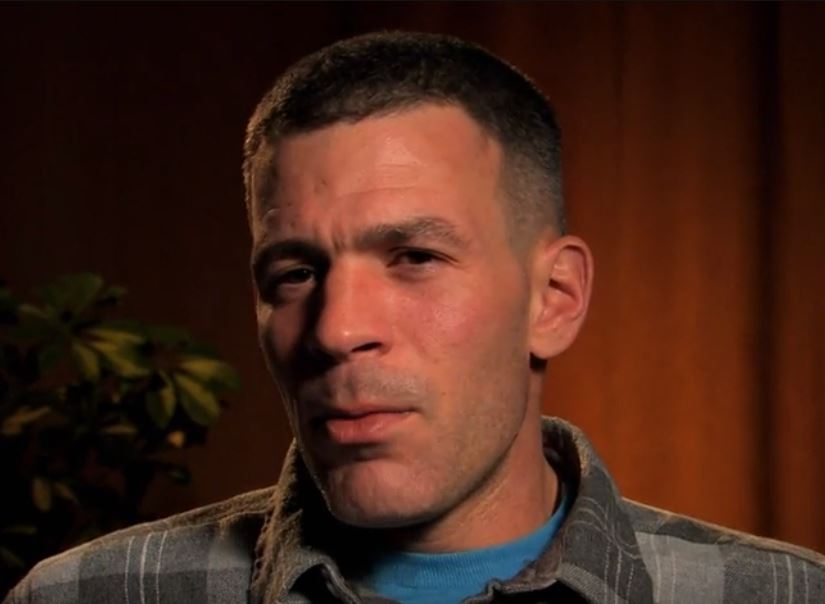 Donald
Age: late 30’s?
Location: Mastic, Long Island, New York
Addiction: Crack, alcohol
What’s memorable: Did you know that the mix of crack and alcohol results in more deaths than any other 2-drug combination? I didn’t know that before this episode. It’s surprising actually. I woulda thought maybe heroin and xanax, or pain meds and alcohol. ANYWAY, Donald seems like a thoroughly decent and caring guy who just can’t stay away from crack when life becomes just too hard for him to deal with (and things have certainly been hard, no doubt about it). He has a lot to lose and a lot to look forward to, I hope he was able to stay sober.

Official Synopsis: When he was five, Donald’s parents divorced. He longed for a strong father figure, but his father had very little contact with him. Donald became a gifted boxer, but ultimately chose drugs over his career. He joined a violent gang and turned to stealing to support his crack habit. Now his son is angry because Donald wasn’t there for him growing up. Donald’s girlfriend just had a baby and Donald has a second chance to be a good father, but his crack use is spiraling out of control.