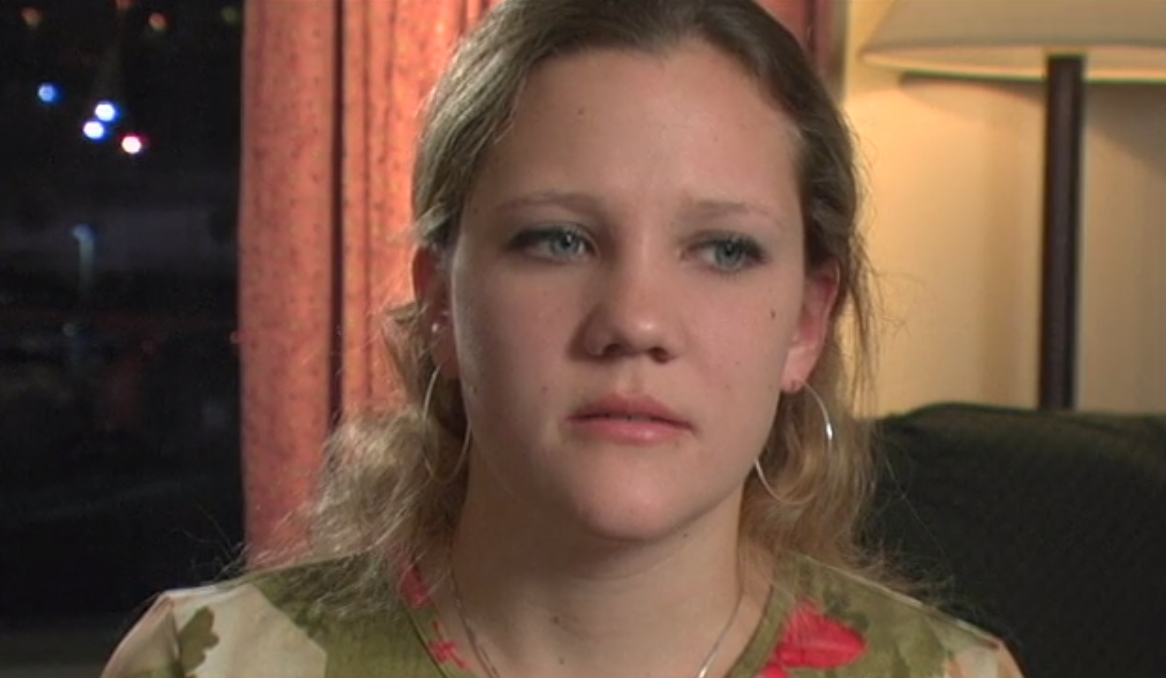 Age: 19
Location: Missouri
Addicted to: Heroin
What’s Memorable: The scenes of her shooting up with her boyfriend for many, many hours at a time really stuck with me. Also, her lovely, heartbroken grandmother.

Update: Corinne Stumborg died of an overdose on March 19, 2019. Here is her sister’s Facebook post. Here is the funeral notice.

Official synopsis:  Corinne is a pretty 18 year-old blonde girl who was an honor roll student, star athlete and played the clarinet and saxophone. She started using drugs at 14 after being sexually abused by a neighborhood boy who babysat her. Still striving to move forward while battling her addictions, she completed her GED and began college, finishing two semesters before dropping out. Now, Corinne has become addicted to a deadly combination of heroin and crystal meth. Corinne likes the “speedball effect” — the dangerous result of overlapping meth and heroin usage. Corinne is also a diabetic who requires insulin, but she often skips her doses because she is so high. After repeated trips to the emergency room, her family is expecting, any minute, to hear that they’ve lost her for good.