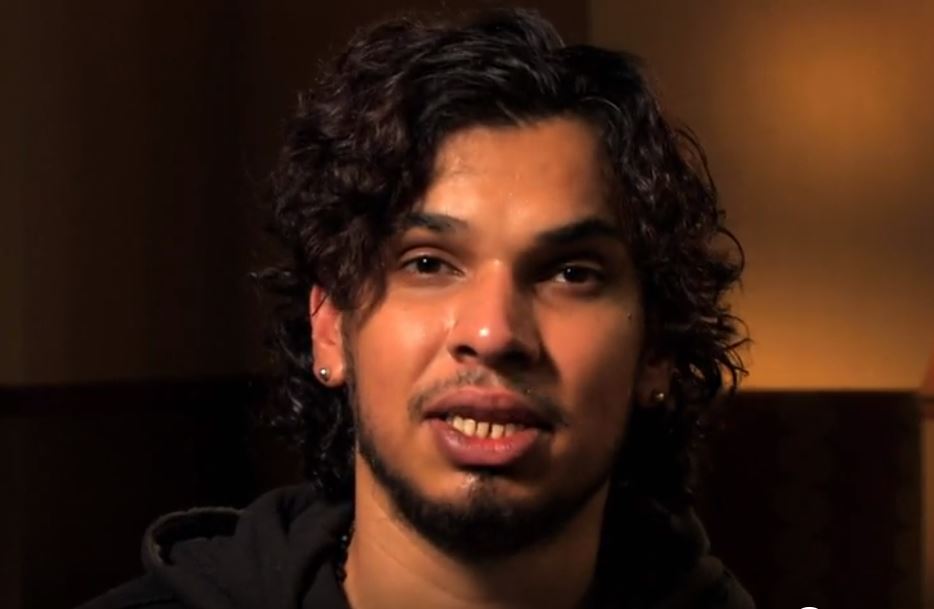 Age: 20’s
Location: Portland, Oregon
Addicted to: Heroin, cocaine
What’s Memorable: Abandoned Indian street kid adopted by a white Christian-American couple who seem to think that saving a poor brown boy is doing right by God and that all their kids should live wholly by the Word. The dad is infuriating in his inability to connect with Gabe on any meaningful level due to his religious beliefs. Gabe seems like a genuinely good person in a family that just doesn’t understand him.

Official synopsis:  When he was three, Gabe’s mother abandoned him on the streets of Calcutta, but he was adopted by a young American couple. Gabe seemed happy in America, but he secretly felt like an outsider. In high school he started to rebel and resent his Christian upbringing. He began using marijuana and cocaine, and later graduated to heroin. Then he squandered all of the $37,500 he received after a car accident to support his drug habit. Now the family fears that without an intervention, Gabe’s addiction and depression will soon lead to his death.