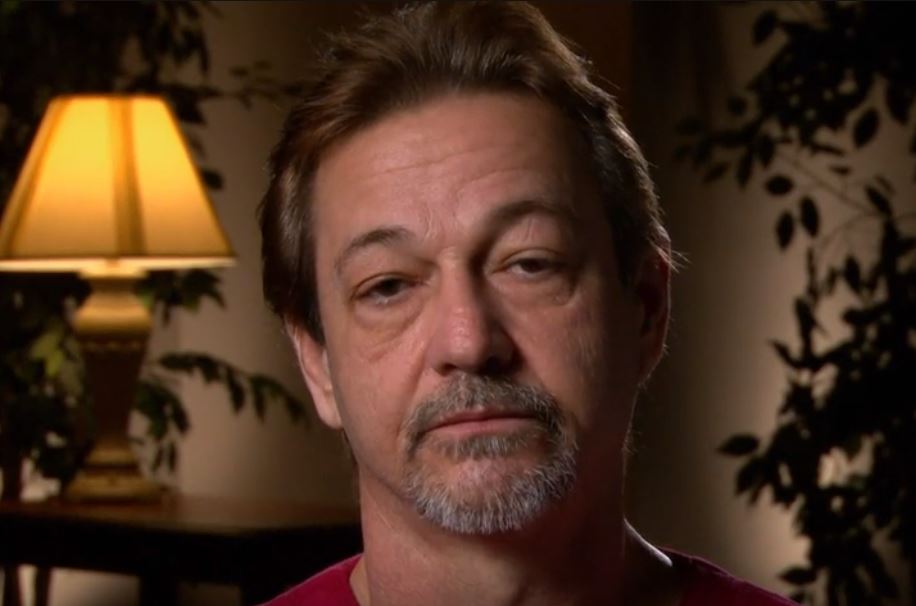 Age: 53
Location: Wendell, North Carolina
Addiction: Crack
What’s memorable: Richard is the epitome of the self-loathing addict. He positively hates himself and what he’s doing to his family, but his pain is so great that he just can’t stop. He is so very, very sick. And so is his wife. She and their daughter have sacrificed their livelihoods to take care of him and keep him alive.

Update: Richard Speight Bridgers died at age 62 on October 23rd, 2018.  Here is a death notice.  The cause of death is unknown. His wife Sandy passed away in July 2017.

Official Synopsis: Now 53, Richard has kept a traumatic childhood event secret all his life. As early as age 11, he used alcohol to numb the emotional pain. As an adult, he was diagnosed with diabetes, and his health problems were exacerbated by his drug and alcohol abuse. He was able to keep his addictions in check while he and his wife, Sandy, raised two children. But when he was injured at work, Richard abused his prescriptions and eventually became addicted to crack cocaine.