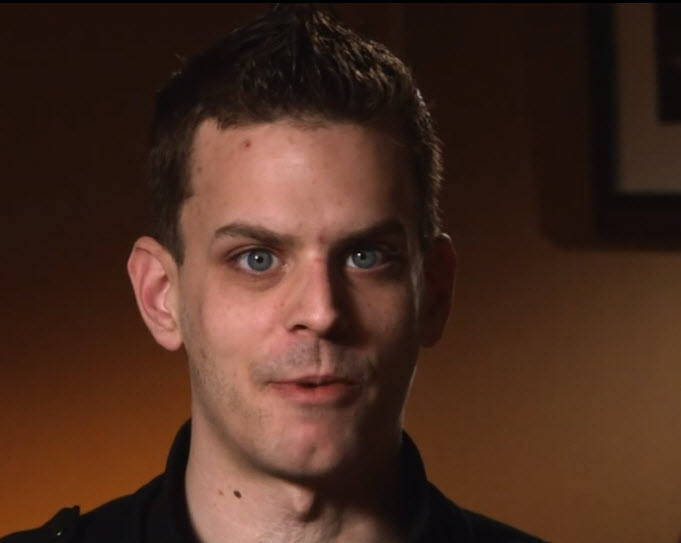 Age:  24
Location: Long Grove, Illinois
Addicted to: Heroin, Self-asphyxiation
What’s Memorable: The choking game. Also, how he was always the outcast and never fit in with anyone until he started doing heroin. “I guess I’d rather fit in with heroin addicts than not fit in with anybody” – Joe

Legacy Update: As of Brian’s episode (July 2016) Joe had been sober 3 years after a relapse and some time in prison.

Update: Joe Spina tragically passed away on September 1, 2018 after suffering from a major infection and then a brain injury. You can read more about what happened on his dad’s Facebook page here and here.

Official synopsis:  Though he grew up in a close-knit family, Joe has felt lonely and isolated all his life. As a child, he was tormented by neighborhood boys, and his father viewed him as a failure. At age 8, Joe learned “the choking game,” in which a person uses his hands to cut off the oxygen supply to his brain to get high. Joe loved the sensation, and choked himself daily throughout childhood. In high school, Joe discovered drugs, and now he’s a heroin addict. Joe is killing himself, and his family is desperate to intervene.