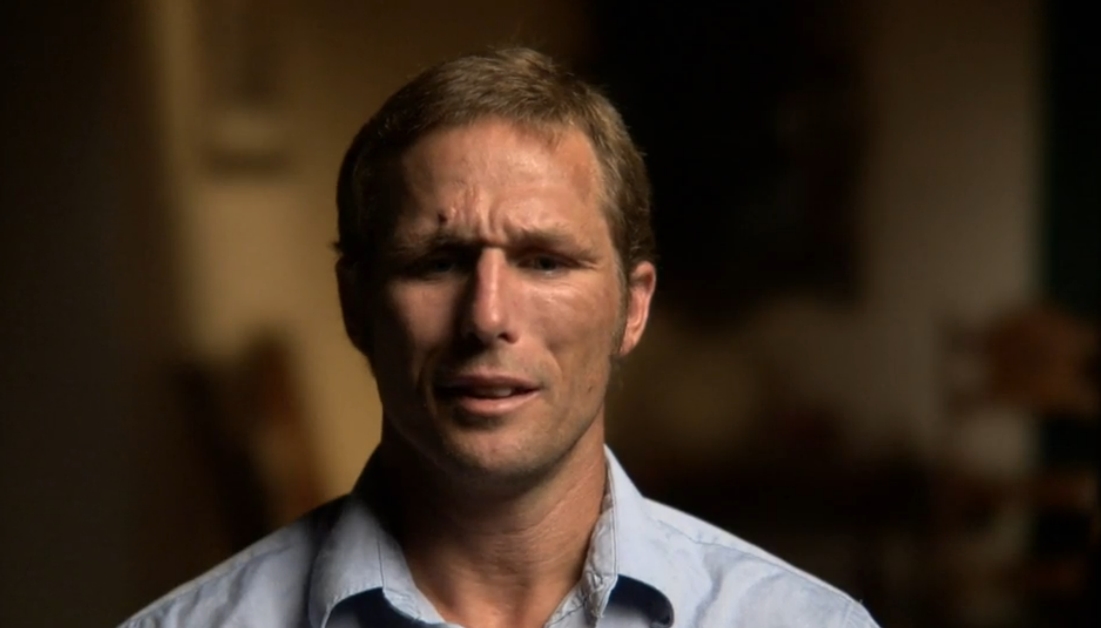 Age:  34
Location: LaFollette, Tennessee
Addicted to: Meth, OxyContin
What’s Memorable: Darick’s story is so sad and he seems like a really cool, likable guy off the drugs. “I could care less about myself. I’m just a worthless redneck meth-cookin nobody” – Darick.

Official synopsis:  Once a football player with a bright future, Darick dropped out of school to get married when his girlfriend got pregnant. Darick loved being a father, but when his marriage ended, Darick learned his daughter was not his biological child, and he was denied all contact with her. Devastated, Darick turned to drugs. Having already lost one family member to addiction, Darick’s close-knit family is enabling his habit. They fear that if they don’t, they’ll bury Darick, too.