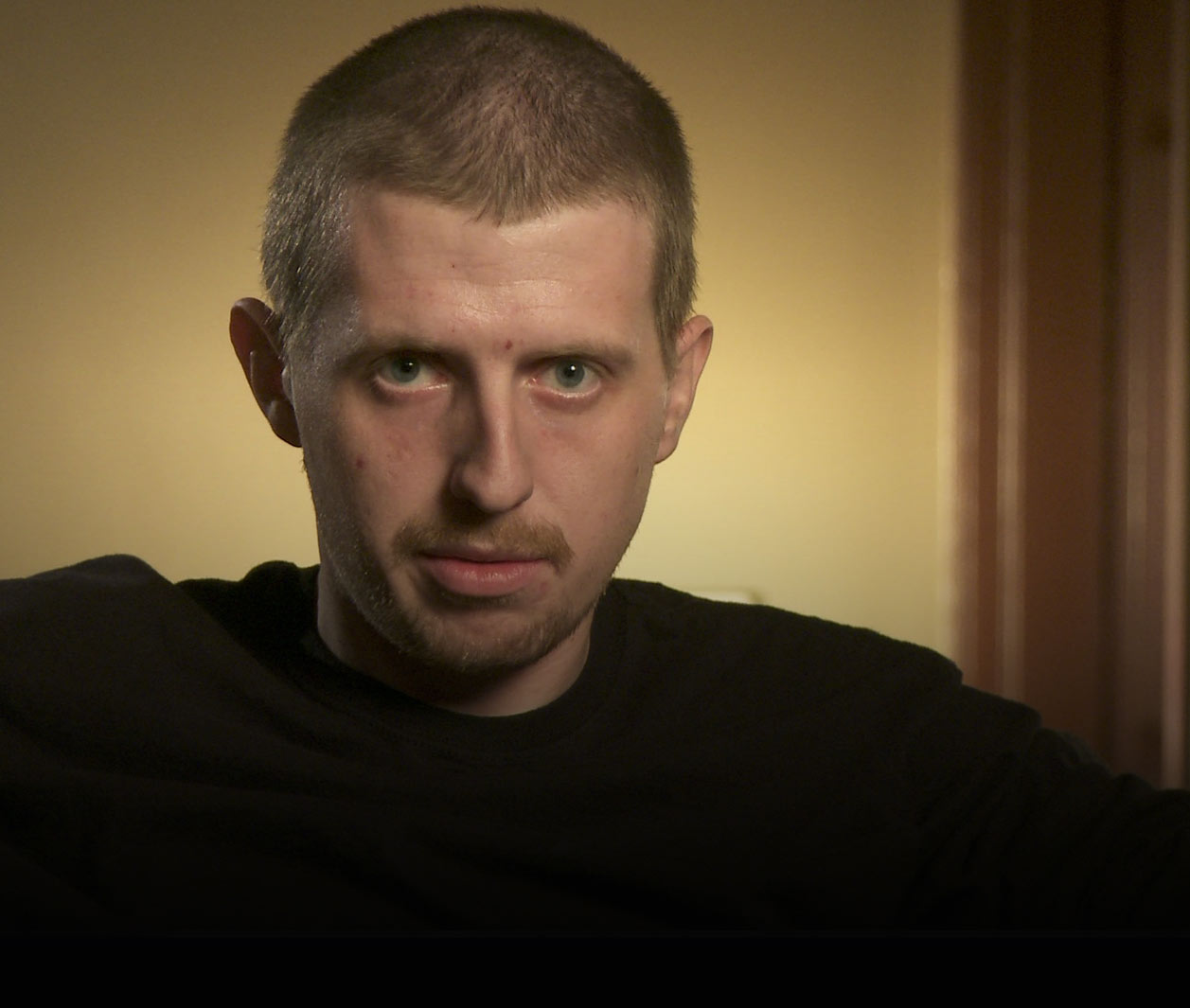 Age: 2o’s?
Location: Salt Lake City, Utah
Addiction:  Heroin and cocaine, smoked together
What’s memorable:  This is a tough one. Zach continuously pawns his grandfather’s possessions for drug money (his laptop, guns, vacuum cleaner) and then immediately feels tremendously guilty about it, even admits that he did it as soon as he gets home and then deals with his grandfather’s frustrated rage.  The amount of guilt and shame he carries around is visible on his face and the way he carries himself, but he just can’t stop doing it. The drugs come first, consequences be damned.  And Whitney is an interesting case.  She first makes it sound like she just started doing it within the last few weeks to “get closer” to him, but it seems clear she’s been addicted for a while and probably submitted Zach to the show in hopes of getting help for herself as well. Can’t say I blame her, and I guess it’s not technically against the rules.  The intervention was pretty powerful, with Zach in tears as soon as he walked in.  I’m so glad he’s taking his sobriety seriously and doing what he has to do to get his family back together.

Legacy Update: As of the June 27, 2018 Legacy Update (Shiann’s episode) Zach is clean and doing well.

Synopsis: While still a child, Zach’s father was incarcerated, and Zach and his sister were adopted by their loving grandparents. When Zach’s father was released from jail he moved in with the grandparents, hoping for a fresh start. It didn’t take long for his father to fall off the wagon, and in fact, it was Zach’s father who first introduced Zach to heroin. Using, but still functional, Zach met his girlfriend Whitney, and two years ago, she had their son. Today Zach’s cocaine and heroin addiction is out of control. Whitney has turned to Intervention for help.