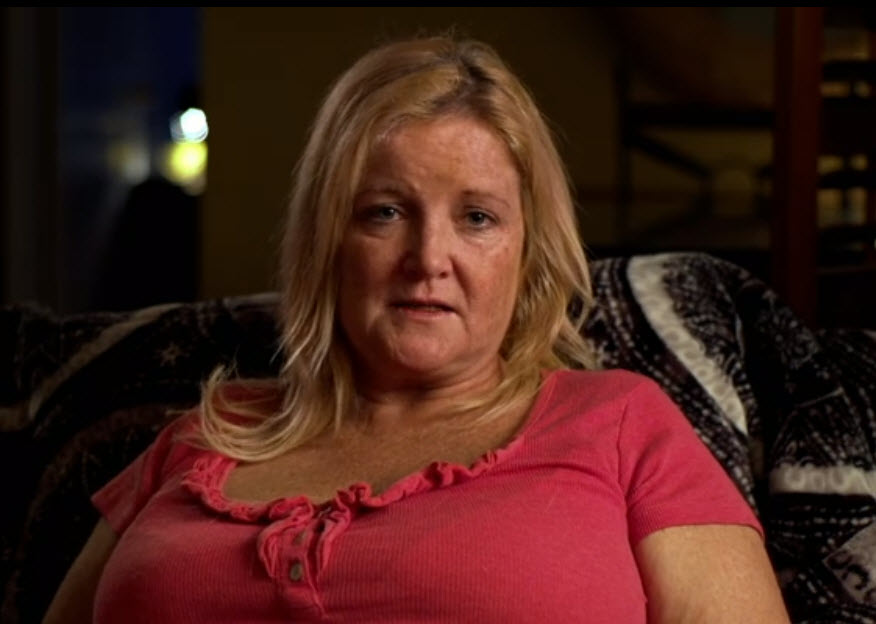 Official Synopsis:  At 29, Maria, a young wife and mother decided to change her life. With her confidence at an all-time low, Maria underwent gastric bypass surgery to lose the 100 pounds she had gained after having her three sons. After successfully losing the weight she decided to have a breast augmentation and a whole new Maria was born. Maria began to socialize and frequent bars on the weekends, which put a strain on her marriage. Eventually, she and her husband divorced. Within a year she was dating a new man who liked to party and drink, but who ultimately left her too. With her self-esteem broken, Maria became dependent on alcohol. She shut herself in her apartment, sitting on her couch, drinking, not eating, and leaving her sons to fend for themselves. Her family is afraid that without an intervention Maria will drink herself to death.

What’s Memorable:  Drinking white wine out of a coffee cup all day every day, her refusal to eat food, her boys having to basically raise themselves while trying to take care of her, the poor neglected dogs having to relieve themselves inside because they don’t get walked enough, the fact that getting gastric bypass ended up ruining her life, how strong her sons were at the intervention, how willing she was to get help and do the work so she could love herself again.