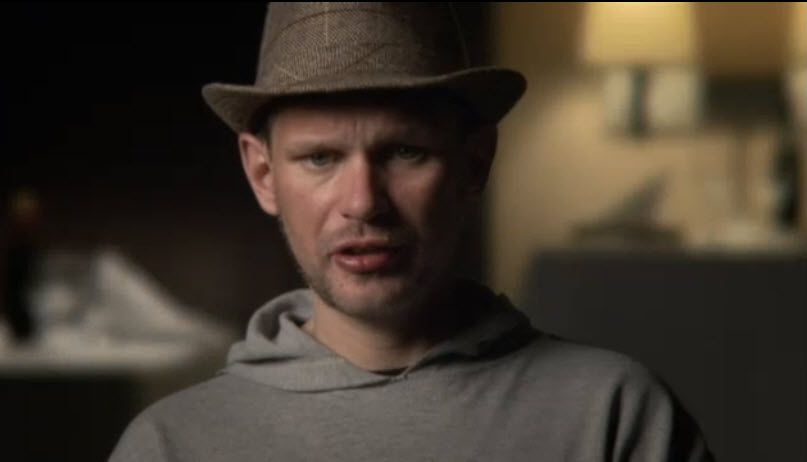 Age: 32
Location: Brantford, Ontario, Canada
Addiction: Fentanyl (injected)
What’s memorable: His funny and oddly charming little laughs, the room he keeps for his daughter, his swollen hands and track marks, his seemingly proud identity as an addict, the sexual abuse he suffered as a child and his parents doing nothing about it (that’s a very common experience among addicts profiled on this show, I’ve noticed). “I feel like I’m a shell, nothing inside but emptiness.” – Terry.

Official Synopsis:
Terry, 32, is a chef who dreamed of opening and managing his own restaurant, but his career, marriage and parental rights to his nine-year-old daughter have hit a dead end as a result of his $500 a day cocaine and fentanyl addiction.