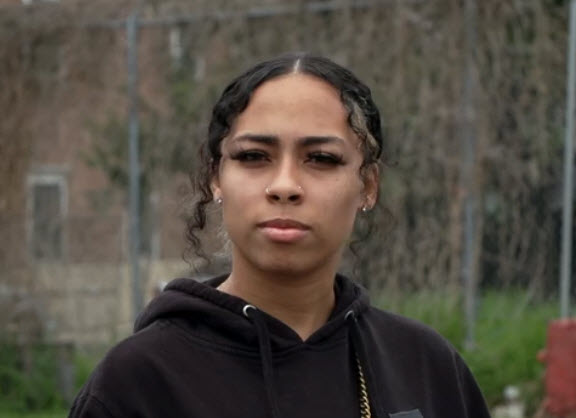 Official Synopsis:  Social media phenomenon Amber Rose travels home to South Philadelphia to come to the aid of her childhood best friend, Tina, who’s addicted to fentanyl and crack, but Tina is currently lost on the dangerous streets of Kensington.

What’s Memorable:  This episode was maybe not the best idea the Producers ever had was it?  Amber Rose seems like a genuine person here and truly wants to use her fame to save her friend, and I know that attaching her name to it probably increased viewership a bit, but making the actual addict a supporting character like this means we only get to know her for a couple days surprise filming time, with no confessionals or participation in her own story, and we don’t get all that attached to the outcome. Like, are we supposed to care about Tina just because Amber Rose cares about Tina? We don’t know her AT ALL, and all that we get to see of her is pretty terrible.  HOWEVER!  I feel like if you look at this episode as the story of Latina, it was a whole lot more successful. I am cutting Intervention a lot of slack for this weird ass episode because ultimately, it may have saved this girl’s life. She had never left Philly, her options to ever be able to leave were extremely limited, and the possibilities for her there seemed pretty dire given the environment and the people she was surrounded by every day. Intervention & Amber may have prevented her from getting to that place where she becomes hopeless enough to begin using the drug that is literally everywhere around her. Did you see her face when she realized she was getting out of there? They may have actually stopped an addiction, and all the pain and regret and trauma that would have come from it, from ever starting. And for that, I am glad they did this episode.  Something wonderful and rare came of it – this awesome, smart, full of potential young woman got to escape a terrible situation before she started making the kinds of decisions that ended up putting her mother in the life she’s in now. What an inspiring thing that is!

Interventionist: Michael Gonzales, doing his best with what he was given.