The End of Intervention and The Element of Surprise 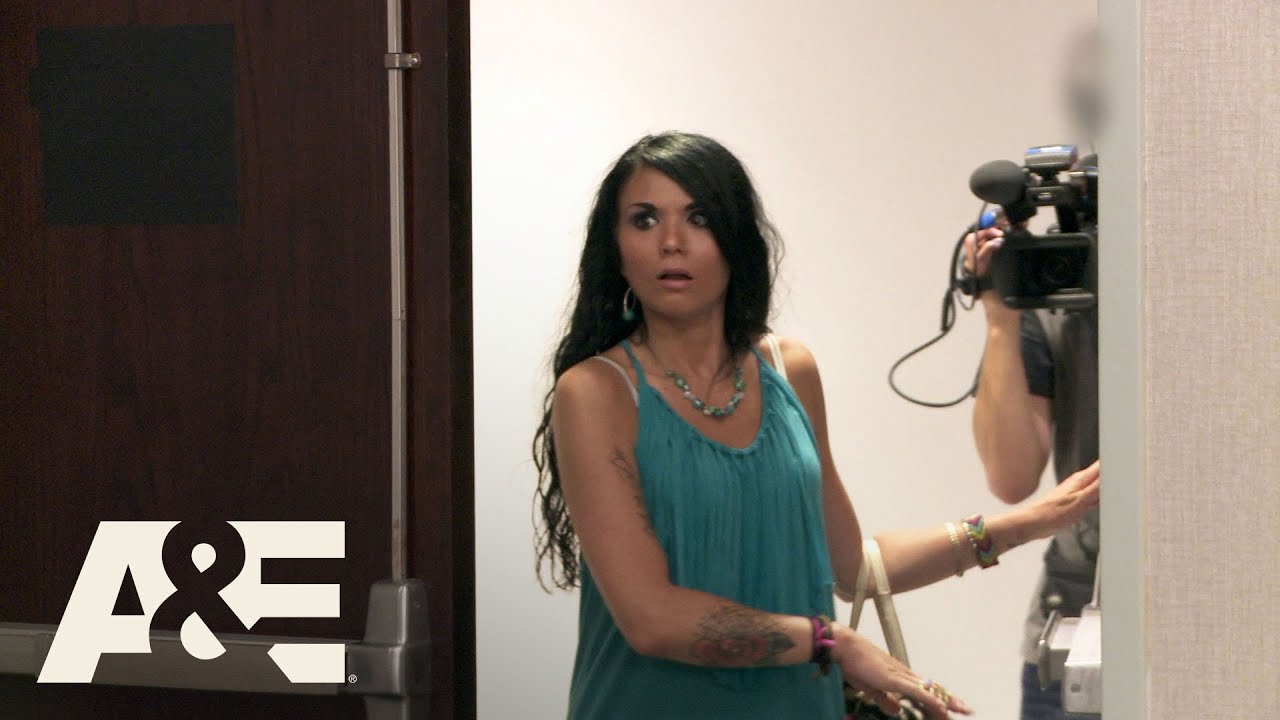 As anyone who has been regularly watching Intervention for the last few years knows, the show is struggling. Ever since it was cancelled in 2013, picked up by LMN, and then re-picked up by A&E, things haven’t been quite right. Highly truncated seasons, Intervention Canada episodes being promoted and treated as “all new episodes,” wildly inaccurate marketing, and a drop in production values. There’s been speculation in the comments about what’s happening that I think should be discussed amongst us, the hardcorest of hardcore fans.

Some of you think these are signs that Intervention is coming to its end and it’s because the producers are having a hard time finding addicts willing to be filmed because they know it’s Intervention.  Here are some comment snippets from readers on a recent post about the 17th season of Intervention:

“I have a feeling they’re having a hard time finding people here in the U.S. to participate.”

“They might be finding it more and more difficult to seek out subjects who don’t realize they’re being filmed for Intervention.”

“The surprise element is gone for US episodes….unless the users have been without tv and internet for the last 10+ years, they’re going to know it’s Intervention from the beginning.”

I totally understand that rationale, but I don’t think it’s true. I don’t believe that the element of surprise or knowing about the show beforehand has anything to do with Intervention’s longevity or the success of the intervention itself. Here’s why:

The show uses the Johnson Model of intervention, which is based on the idea that the addict needs to hit rock bottom by being shown in a confrontational but loving way, with the aid of a trained interventionist, how their substance abuse is affecting themselves and their loved ones, and by being given hard line consequences if they continue to use. Preparation for the intervention is intended to be done without the knowledge of the addict.

The ‘without the knowledge of the addict’ element of the Johnson Model has been compromised since the very first episode of this show.  I’m guessing that a solid majority of the subjects of Intervention knew very well that this “documentary about addiction” was going to end in a confrontation of some kind. They had long lost relatives, ex-lovers, friends they hadn’t seen in years suddenly coming into town for a visit that just happened to be while they were filming. They had a camera crew there documenting their every move for weeks. They were asked to go to family dinners just so they could be filmed either having it out with their families or avoiding the dinner because they got too fucked up.  None of these things is a particularly savvy way to keep an intervention a secret.

Addicts may be preoccupied and out of it a lot of the time, but we’re not stupid. Actually there are quite a few ways in which addicts are way smarter than your average normie. One of them is knowing how and when to be skeptical of offers from strangers promising neutrality, especially strangers with cameras. Another is that we know when our family and friends starts acting weirder than usual when it comes to enabling and co-dependency. Addicts are quick to pick up on attitude shifts and changes in behavior that seem like they might get in the way of getting whatever it is we need. These changes are well-tracked in the addict brain.

But beyond all that, I truly believe that a majority of the addicts on Intervention not only suspected that they were going to be confronted in some way, they wanted something to happen. Maybe not necessarily a filmed intervention, but they agreed to let the cameras document their lives while they were at their absolute worst, not because they were looking for fame or because they wanted to educate others about addiction, but because they knew something had to change. They didn’t want to find a lower bottom, they wanted this bottom right here to be their rock bottom. They wanted to believe it would never get worse than this, what they’re doing right now, on camera. This is it.

I strongly believe that agreeing to have your addiction filmed is a cry for help, whether you think it’s for a documentary about addiction or a popular reality TV show called Intervention. If you’re inviting cameras in to film you shooting up in front of your kids or chugging hand sanitizer from your bed, you’ve most likely arrived at a bottom. It may not be your ultimate bottom, but it was definitely your bottom at the time.

It’s in this way that the interventions on Intervention do not and cannot adhere to the Johnson Model. It’s just not possible. This kind of intervention is in a league all its own;  it follows different rules and has different outcomes. Maybe it should be called the A&E Model of Intervention, which is the Johnson Model without the element of surprise but add in there an invasive camera crew, an editing team, and a massive audience.

There are a whole bunch of addicts that found out that it was an intervention, if not the show Intervention, during filming.  At least 10 that we know about and I’m sure many more that just didn’t make a thing about it on camera. Only one of those people refused to attend the intervention or treatment. That was Marquel, who probably would’ve refused treatment whether or not she found out about the intervention because throughout the episode like she seemed like she was trying to prove she DIDN’T have a problem more than anything else. 4 others chose not to go to treatment, none of them seemed to know they were headed towards an intervention.  There are also a handful of addicts that did NOT attend their intervention but still went to treatment.

As to whether this lack of surprise is causing the show’s demise – I don’t believe so, at least not directly. I certainly don’t think they’re having any problem finding addicts willing to participate. This Vulture article from 2015 reported that the show still gets “plenty of leads for good stories, mostly submitted by family members, and more often when the show is airing on television.” I get several comments and emails a week from people asking how to submit their loved one to the show.  Now whether the number of submissions that are good candidates for the show has gone down is unknowable to all but the show runners.

What qualifies a “lead” as a potential episode has a lot to do with how interesting their stories are and how well they can tell them on camera, and also how dire their situation is.  If the producers were to say that not knowing about the intervention was a requirement for filming and airing the episode, I’d say they’re full of shit. They did an intervention on Sarah, who just the year before had featured heavily in her own grandmother Elena’s Intervention episode. They expect us to believe Sarah had no idea this “documentary” was Intervention or that there would be an intervention at the end? Nope.

I know that Candy discussed Andrew’s bulimia episode somewhere (was it the I Was There special episode? I don’t remember), saying that they don’t usually continue with interventions where the addict finds out about it, but that they discovered during filming that Andrew had submitted himself to the show and they continued with the intervention because of how sick he was. I’m glad they did, they likely saved his life. In fact, I’m glad they conducted every single intervention that they did because a lot of those people are alive right now because of it. But if you add self-submitted Andrew to all the other episodes where addicts found out about the intervention and the episode still aired, all the way back to Season 3’s Dillon, and you also consider that they agreed to film an obviously Intervention-aware Sarah, I question how serious they’ve been about that rule for the last 14 seasons. I have to challenge the idea that not knowing that there might be an intervention on the show Intervention is even a requirement for being filmed anymore. Like I said, they stopped strictly adhering to the Johnson Method when they brought a camera crew in. They don’t have a whole lot of ground to stand on if they’re filtering out addicts who know the show exists or find out about the intervention during filming.

If the cause of Intervention’s decline in the ratings has anything to do with the production of the show itself, it might be more about the editing than anything else. Its narrative formula is tired. The structure of the episodes has been the same 227 times (plus 3 seasons of Canada) with some slight deviations in Season 13.  There’s something a little icky about watching something so serious about other peoples’ lives and knowing exactly what the segment that begins with a certain musical cue is going to be about. When a show like this so adamantly sticks to a formula, it feels like you’re watching a scripted series instead of an honest portrayal and when that happens, it’s harder to relate to the people onscreen. The true value of this show, other than getting addicts sober of course, is to help the viewing audience understand addiction and be more sympathetic towards addicts and their families. If you’re unable to do that because you need to squeeze two episodes into one due to programming schedules and you end up cutting out all the things that made those individual stories actually relatable, you’ve failed to accomplish your goal of getting people invested and then they will stop watching. Ratings go down.

The only thing that surprises me about Intervention anymore is how the addicts deal with the intervention and how they’ve been doing since. Those things are entirely unpredictable. There’s no way to know which ones are going to thrive in sobriety and which are going to relapse after a week. There’s no formula for that. Those are the only things that are unpredictable about Intervention now. Maybe the one and only ‘element of surprise’ that matters is the one about whether or not they get clean, the family heals, and things get better for them. The producers of the show have no control over that. So perhaps they should let go of the premise of a surprise intervention and focus more on the surprise of how they’re doing now? Just one idea.

I hope that Intervention continues for many years. I sincerely hope they make changes to keep it on the air, but even if they do nothing I will still watch every single episode and I hope you all do too. It’s one of the most important TV shows that has ever existed, valuable in ways that I think even the producers and interventionists don’t quite understand.

I look forward to reading your thoughts on the longevity and purpose of Intervention in general. Let’s discuss!