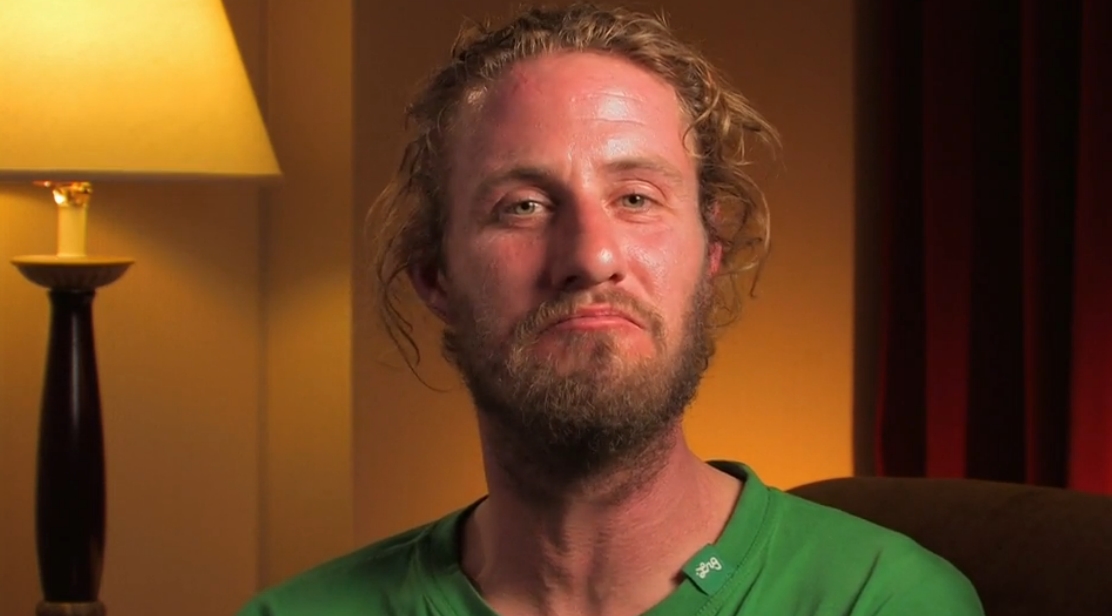 Age: 34
Location: Sacramento, California
Addiction: Crack
What’s Memorable: “At the end of the day I love being on the street. Best times of my life.” Chad’s a voluntarily homeless panhandler who teats women like shit and makes like 2 grand a month and spends it all on crack. To be honest, I think Chad’s kind of an entitled self-righteous ass. He was a jerk before he became an addict and he’s way more of one as a crackhead. I wish him well though.

Official synopsis: After a troubled childhood that sent him to juvenile hall for felony arson, Chad’s father introduced him to cycling at age 15. Chad went pro and cycled on the same team as Lance Armstrong. But after getting kicked off the team for “personality conflicts,” Chad was crushed and turned to drugs. Now homeless, Chad spends his days panhandling, smoking crack, and drinking. His family’s many efforts to get him off the streets have failed. Their last hope is an intervention.