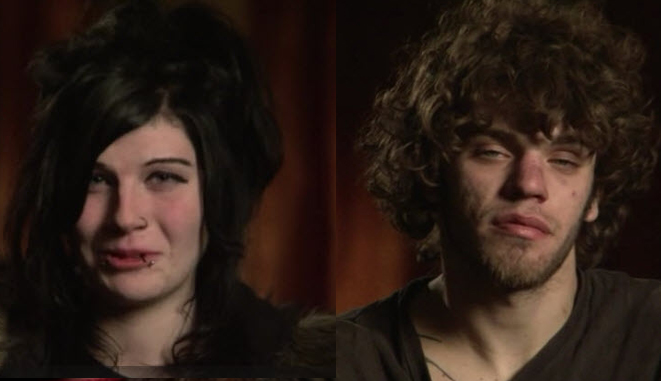 Age: 18 and 20
Location: Centerburg, Ohio
Addiction: Heroin
What’s memorable: The nasty bathroom they shoot up in and how sick they seem when they’re doing it, how addicted they are to each other, the moms trying to so hard to save their kids, how completely messed up Mikeal looks and acts in his interviews compared to what he looks like after treatment. He’s like the guy you see on the street that you know on first glance is a junkie, but then all the sudden he’s attractive and healthy looking. Such a transformation.

Official Synopsis: Like Romeo and Juliet on heroin, Mikeal and Sarah are a poor boy and a rich girl who have found sanctuary in each other’s pain. Sarah’s family feels that Mikeal has corrupted their daughter, taking Sarah from a casual pill abuser to a full-blown heroin addict. But now both families now agree that an intervention is their only hope. Will Sarah and Mikeal get help, or help each other tumble deeper into addiction?