8 Most Frequently Represented Addictions on Intervention 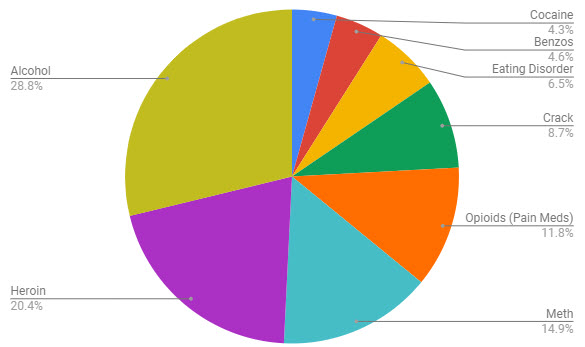 Ok the math isn’t perfect here because many addicts are in multiple categories, but I think it’s interesting that there are 24 addiction categories that have been shown on Intervention but alcoholism is represented in 28% of the episodes.