A Tool for Family Recovery 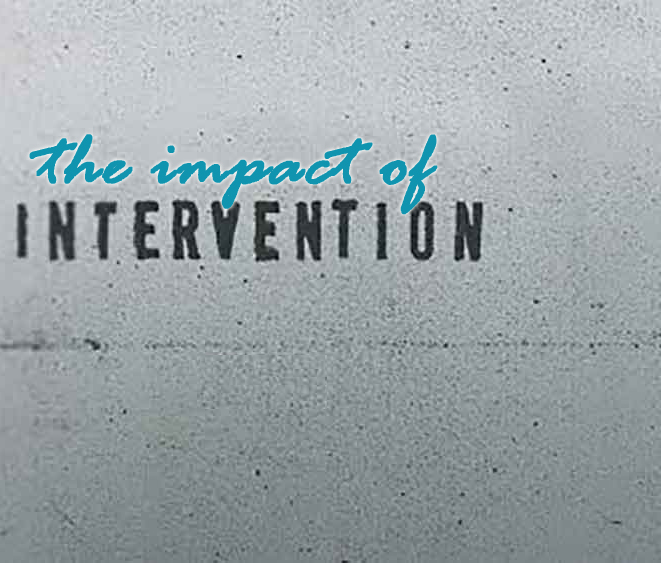 I used to watch Intervention back in the day when it first aired. I admit that at the time I tuned in purely for the shock value of the program, as a voyeur so to speak. I was eager to see how “messed up” the subjects would be each week, which somehow made me feel better about any issues going on in my own life. I did not watch regularly, though, and over the years completely forgot about the show.

Fast forward to a few months ago when I was searching for something to check out on the Discovery+ app. I happened upon Intervention and decided to give it a go.

My viewing experience is extremely different now than it was initially, and Intervention has truly had an impact on my life for a very personal reason. I am not an addict, but I am the child of two alcoholic parents, and I am now actively working to heal from that experience. It might seem strange that a television show has been integral to this process, but Intervention has been just that.

For most of my life I was in denial about my parents’ alcoholism. They were functioning alcoholics and my situation was not nearly as bad as some, but it was damaging all the same. As a child I thought every family was like mine – a father who went to his job and upon returning home worked his way through at least a 12 pack of beer a night, a mother who would consume gallons of wine, scotch, and gin each week and turn into more of a monster the more she drank. My parents were not physically abusive, but I suffered severe emotional abuse from them throughout most of my life, even into adulthood. I am 48-years-old as I write this in 2022, and my parents have passed way (Pop in 2010, Mom ten years later in 2020) yet still the damage has not completely mended.

As I got older and realized that no, not every family was like mine, I began to feel very alone. I think the denial about my parents’ alcoholism was in many ways a defense mechanism; I didn’t want to face the reality of how unhealthy my family truly was. I am now finally in a program of recovery for myself, trying to piece together the parts of my life and my spirit that are broken due to being raised in a home of addiction. And Intervention has absolutely impacted this recovery.

I find myself watching Intervention on pretty much a daily basis and feeling much less alone than I have for a good portion of my life. I relate so much to many of the family members – they say things that have been in my own heart but that have been silenced all these years. The show has also helped me to understand my parents’ disease. It has helped me recognize the fact that alcoholism IS a disease! This is something I honestly did not believe in the past; I was one of those people who thought that addiction is solely a choice. Due to these addicts and their families sharing their lives and stories, I have come to realize that addiction (any addiction) is truly a sickness. This has helped me see my parents in a new light and begin to forgive them, which in turn has begun the healing of those emotional wounds that have festered for such a very long time.

The one episode that really hit home for me was the one about Marie, the alcoholic (Season 4, Episode 15). I am from a 100% Italian family, and Marie reminds me so much of my own mother, not only her alcoholism and personality, even her looks. Honestly, it was as if someone had followed my mom around with a camera! I’m an only child so I did not have the sibling interaction when dealing with addicted parents, but Marie’s oldest daughter who tried so hard to care for her mother could have been me. I had a more distant relationship with my father, but was always close to my mom. When my father died, I especially put in so much time and effort to try and help my mother. I never directly addressed her alcoholism, but I did try to take care of her health and her home life in other ways. I found myself in tears watching Marie’s episode and I just wanted to hug her daughter. And those tears became happy ones when I saw the way Marie turned her life around. My own mother never did recover, but seeing Marie’s transformation got me thinking about how things could have been if she had gotten help. While this did make me a bit sad, it also helped me to realize that my parents were NOT their addictions. There were healthy, good people lost inside of them that just could not show through because of their disease. And again, this has helped me to start to find forgiveness in my heart. While I don’t completely take away their personal responsibility, I am gaining a better perception of my parents than I have had previously.

I am well aware that Intervention is a television show and is edited in such a way as to achieve maximum dramatic effect. I understand this, but for me it does not take away from the experience. I know that there has been a lot of criticism for the show, people accusing Intervention of exploitation for example. And I suppose this is true to a certain extent. I also do cringe at some of the tactics the various interventionists use at times and wonder what they could be thinking! However, I think that any negative aspects of Intervention are far outweighed by the positive elements of the program. I also enjoy Dizzy’s Intervention Directory site very much, and in reading the comments here, I am heartened to see that so many addicts have found help and comfort through watching the show. And then there are those like me, family members of addicts who are struggling and in their own special kind of recovery. While a television show alone is not enough to complete the healing process, Intervention is absolutely a valuable tool in this journey of restoration. Despite its flaws, it has impacted my life not only by teaching me about addiction, but by showing me that recovery truly is possible, not only for the addicts but for their families as well.

It has impacted me by giving me hope and for that I will forever be grateful.