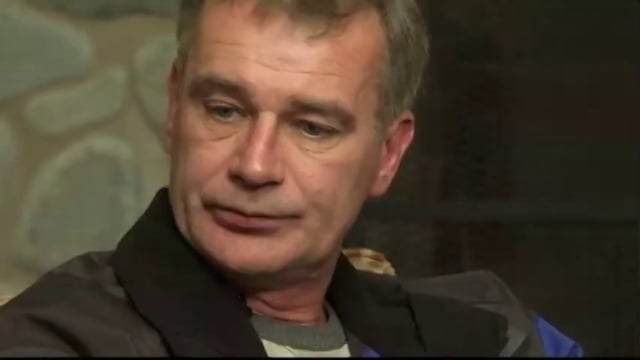 Official Synopsis: Hailing from a small seaside town in Nova Scotia, Barry, 50, was born into a life of alcoholism and turmoil. The victim of childhood abuse at the hands of a close relative, Barry learned to drink with his alcoholic mother as a boy. Both were seeking a way to kill the pain. A gentle giant when sober, but violent and verbally abusive when spiraling on 40 ounces of vodka a day, Barry has alienated just about everyone in his life, including his father, whom he adores, and his 27-year-old son who has cut off all contact. Living day-to-day in run-down motels and struggling to put together a living between binges, Barry has a chance to reclaim his life, his family, and a relationship with his son who has shut him out of his life.