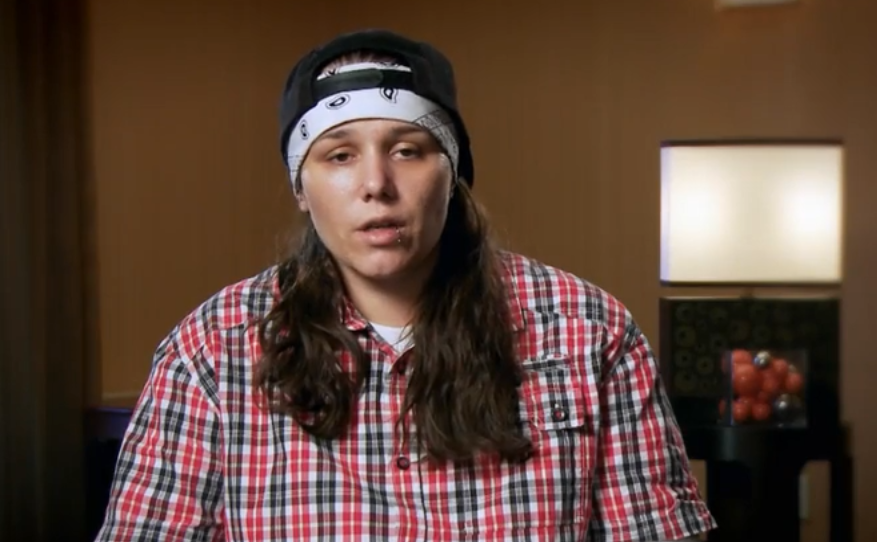 UPDATE: Karissa Hilts was killed in a hit-and-run crash in Florida on March 8, 2017. By all accounts she was sober at the time. Here is her obituary.

What’s Memorable: Despite her intimidating and manipulative behavior, Karissa is still somehow very likable. It’s not a mystery why she became an addict given her childhood traumas, but it’s clear that if she wasn’t addicted she would be such a cool person to be around. Also: That family diner has such personality, but it was disturbing to me what the non-family employees had to deal with everyday. I mean that’s a borderline abusive working environment, having to be witness to all that and pretend to not be affected.  The idea that Karissa thinks she’s a ‘functional junkie’ because she gets up in the morning to go to work shows how deluded she is about what “functional’ means.  Leaving work to go lie to the doctor in order to get Suboxone and immediately selling it for 10 bags of heroin and then needing people to stay up watching you all night with an overdose kit at hand because they’re afraid you’ve taken too many benzos with your heroin and you might die – that is not functional.  I’m so glad Karissa made it and as of February 2016 is still sober.  She deserves such a better life.

Official Synopsis:  Karissa was always a talented cook – so much so, that her mother had one day hoped to pass the family diner down to her as a legacy. But Karissa’s life took a drastic turn when a close family friend fed her Oxycodone, and then ultimately made her a drug courier. From there Karissa was lost. Now, years of self-abuse, self-medication, and a severe addiction to heroin have left her volatile and desperate. Her family fears that if she does not heal from her violent past and the childhood she lost, she will never have the future she deserves.

Date Aired:  April 2016
Interventionist: Sylvia (who rocked this one)