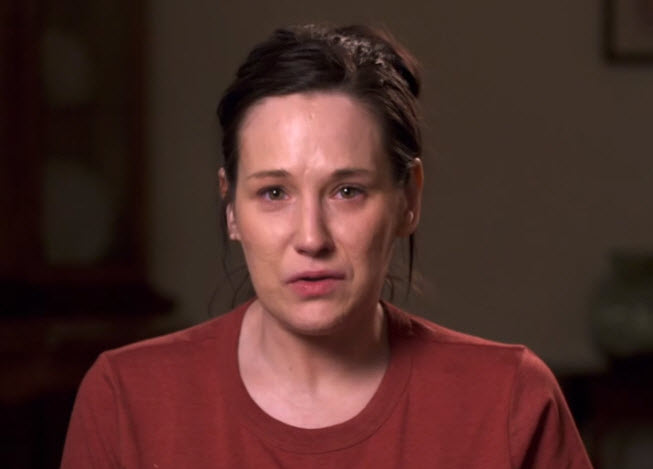 Official Synopsis: Susan grew up in a devoutly Mormon household. As an adult, she suffered a back injury and was prescribed OxyContin. Not only did the medication ease her back pain, it also numbed the memories of her turbulent family upbringing and a recent breakup. She became addicted, and when her doctor stopped prescribing them, she turned to heroin.

What’s Memorable: The arms. The unbelievably toxic parents, their next level enabling. The bible on the bed between mother and daughter as they smoke heroin & meth and talk about the Heavenly Father.  The dad who can’t answer a question. Ken’s total exasperation. The eye appointment (“I AM CHOOSING MY EYE!”) The video call at the end when Dawn asks her sober and thriving daughter “um what do you mean by that, ‘boundaries’?” and Susan tells the camera that she knew in that moment that her mom hasn’t changed at all – it was like the twist ending of a thriller movie, actually gave me chills. And made me very grateful to not have someone like that in my life anymore. So toxic, so ugly.

All that said, I have questions. The interventionists have said repeatedly in the past that they don’t continue when the subjects find out about what’s going on. (I’ve argued that that isn’t actually true, but regardless, they do still say that). I’m honestly not sure as to why Ken & the producers continued with this one, other than it was by that point shaping up to be a shocking(!) episode with all the big gripping reveals and mystery basement dwellers, and they simply didn’t want to lose it. And when it became clear that Dawn and Susan knew that this was Intervention and had already been preparing to go to treatment, I got  suspicious about their motives. They supposedly had plenty of money and didn’t need free treatment, and they had seemingly decided they were going already, so why were they even pretending that they didn’t know what was coming? What were Dawn and Chuck getting out of this? Why did he tell them, or was it Dawn’s idea all along? Seems like something else was going on here, some plan that we weren’t privy to. Anyway, between the manipulative, shady AF parents and Ken continuing the intervention instead of reasonably pulling the plug on the whole thing, I feel like this whole situation was just…off. Doesn’t sit right.