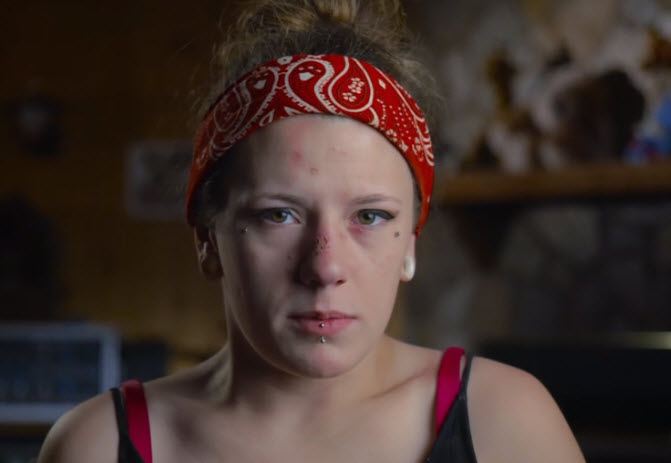 Official Synopsis: Elizabeth’s single mother suffered from depression and alcoholism, and completed suicide when she was 8. She was shuffled in and out of foster homes before her father decided to try and raise her. In high school, she turned to alcohol to cope with her feelings of abandonment and isolation. Eventually Elizabeth began dating a drug dealer and replaced alcohol with opioids. Now 22 and hooked on a deadly combination of fentanyl and cocaine, Elizabeth sells drugs to fund her nearly $400/day addiction. Her father and half-sister are hoping an intervention will save Elizabeth from following her mother’s path to an early grave.

What’s Memorable: [Guest Post by Stefan] Elizabeth truly had the cards stacked against her early on both in nature and nurture. Honestly it would be surprising if someone who went through what she did ended up not becoming an addict. The craziness that took place during the day of the intervention was truly bonkers, and thankfully they were able to still have the intervention (spoiler: they always do even when they tease that it may not happen, as the show wouldn’t air if it didn’t happen). I commend Elizabeth for keeping her word and returning to treatment after leaving the first time, and I have hope that she will return again after her legal issues are straightened out.