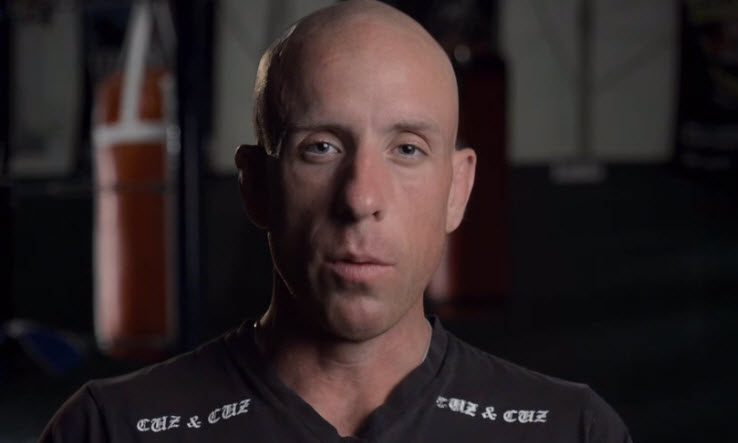 Official Synopsis:As a four-time Canadian champion, 35-year-old Tim was well on his way to the big leagues in the lucrative world of mixed martial arts. Unfortunately, Tim’s family had a history of addiction and that cycle was an opponent he just couldn’t pin to the mat. Horribly addicted to crystal meth, Tim has traded the limelight of the octagon for days spent obsessively inventorying the last of his belongings in a musty storage locker and violently fending off imaginary enemies with a bullwhip. Can Tim break this cycle of drug abuse and violence for the sake of his son, and ultimately, to save his own life?

What’s Memorable:  The all day storage unit tweaking session, how much he obviously loves his kid but can’t get out of his own way to actually be there for him, how completely lost he is without his people and his sport to ground him and give him any sense of structure or connection. He’s got this big ol messed up family but there’s clearly so much love there. SHADY 2.0 YO!