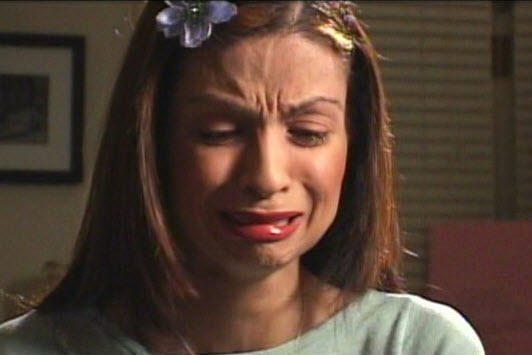 (Guest Post by Stefan) What’s Memorable: No other episode of the series has touched on agoraphobia. Also, the fact that she had no family present at the intervention, only friends (Annie, the bulimic dancer from Season 2, is the only other person profiled in the show’s history who can claim this).

Update: Vanessa Marquez was shot and killed by police during a welfare check on August 30, 2018. She was reportedly brandishing a BB gun when she was shot. Here is the news story about the tragic incident.

Official Synopsis:  Vanessa, who was a recurring character on the long-running medical drama ER, is addicted to shopping. She is heading towards bankruptcy.