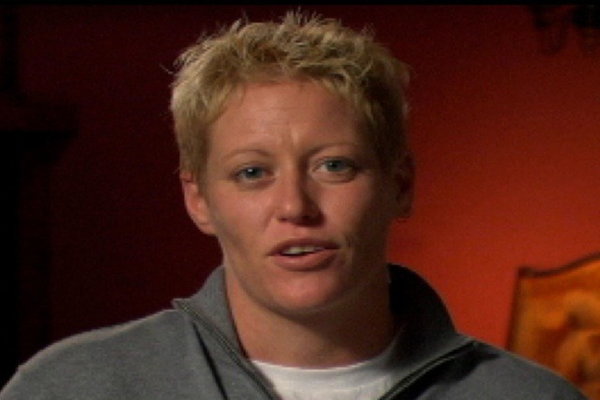 Age: 32
Location: Nebraska
Addiction: Meth
What’s Memorable: How humble and self-aware she is about how her meth addiction has affected her life. Her father being in denial of her being a lesbian and her whole family believing that she should get over it and have a relationship with a man and with God, that that would solve all of her problems. It’s all kind of tragic really, but Tressa is so strong and a total survivor. I really like her.

Official synopsis: Tressa, 32, attended college on a track and field scholarship and became one of the world’s top female shot-putters, earning a spot on the U.S. Olympic team. But Tressa’s dreams were shattered when a routine drug test revealed that she had been living a double life as an Olympic hopeful and an IV drug user. With her Olympic career in shambles, Tressa uses crystal meth daily as her life spirals out of control. Can her family step in and save Tressa before she loses not only her career, but her life?
Original Air Date: February 2008