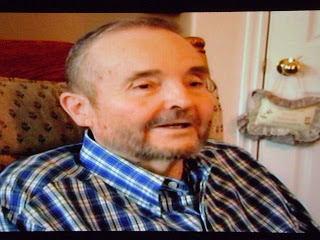 (Guest Post by Stefan) What’s Memorable: Until I saw this episode, I did not realize how severe the condition could become, to the point of literal hospitalization/institutionalization. Also, the fact that he wouldn’t touch his children and grandchildren out of fear of “contaminating” them is heartbreaking.

Update: Mike passed away on September 7, 2010. The cause of death was not made public.

Official Synopsis:  Mike, 67, was a police sergeant, avid outdoorsman and respected citizen. After he was injured while apprehending an addict, signs of Mike’s obsessive-compulsive disorder started to emerge. His fear of germs caused him to wash his hands over 40 times a day. The problem forced him to retire early and his wife divorced him. He was able to keep his OCD under control for eight years, but a relapse caused him to think his food was spoiled and almost starve. Mike’s children feel an intervention is their only hope of helping him.