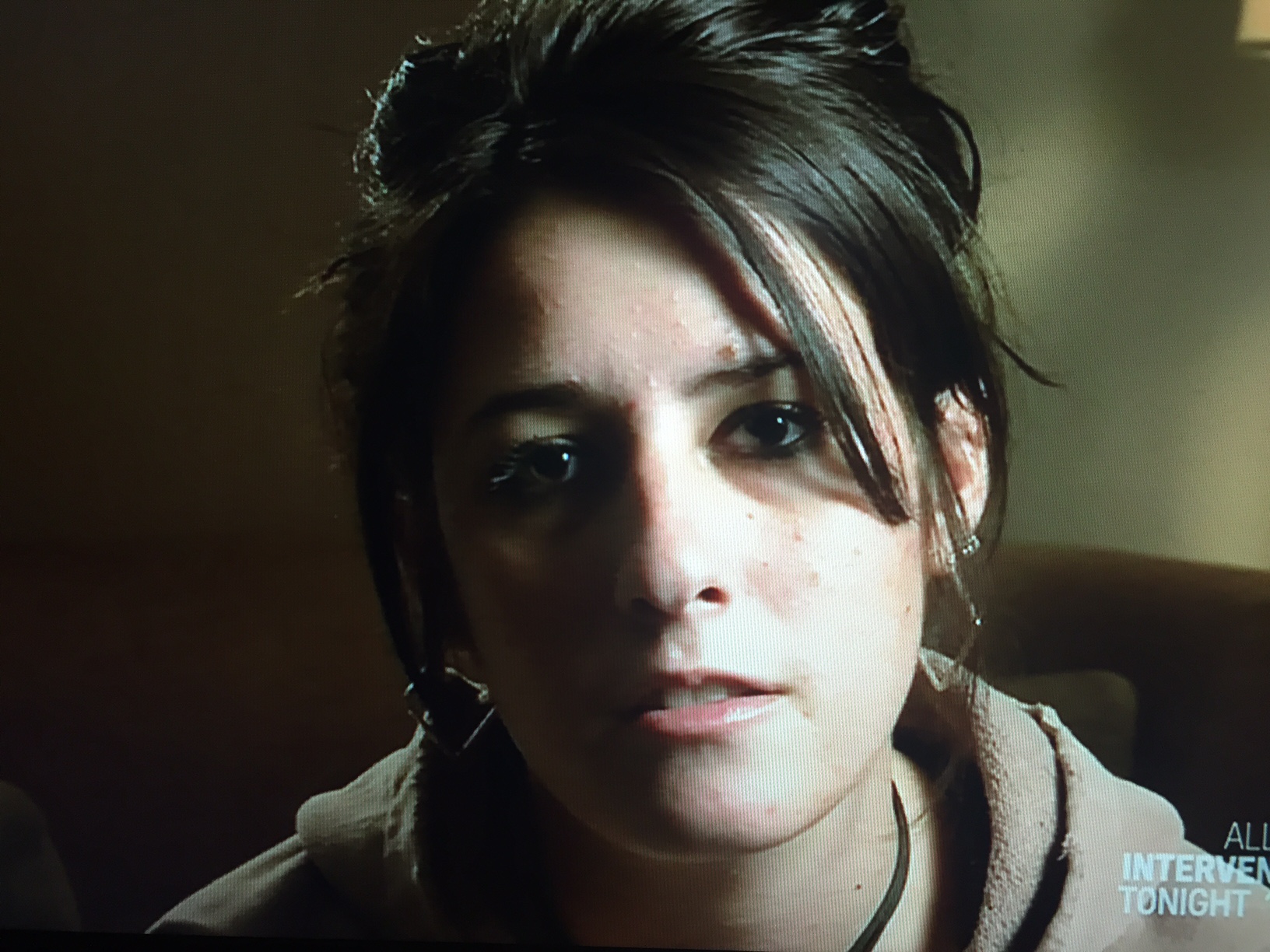 Age: 20
Location: Las Vegas. Nevada
Addiction: Heroin (black tar) and Xanax
What’s memorable: Oh, that hacking. At 20 years old she can’t breathe, has to use a nebulizer several times a day just to survive. Also, the strange relationships with her mother & aunt, the snorting off the sidewalk using a tampon applicator.

Official Synopsis: Ashley was raised by a mother who was addicted to methamphetamines and gambling. Ashley flourished when her aunt and uncle became her legal guardians, but she started using heroin when her beloved grandfather died. Now she bounces back and forth between her rigid aunt’s house and her permissive mother’s house, and she’s developed serious asthma from smoking heroin. The family fears that Ashley will soon overdose and die.