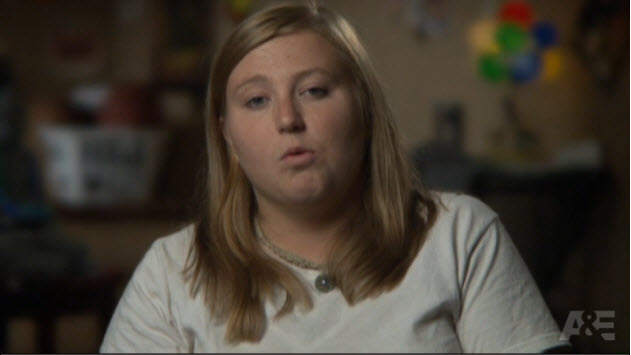 Age: 22
Location: Osseo, Minnesota
Addiction: Alcohol, Meth, Marijuana
What’s memorable: How mean and angry she gets, her mother’s disgust at her being a lesbian, the overly supportive, enabling father, the very tense but ultimately successful intervention.  I know she’s portrayed here as a real pisser, but I have a feeling Jessa’s a pretty awesome person in real life, especially after getting sober.

Official Synopsis: Jessa’s meth and alcohol addiction have caused her to hole up in the her parents’ basement, drinking and using drugs until she blacks out, punches walls, and even attempts suicide. An intervention is desperately needed before Jessa overdoses and dies right under her parents’ noses.