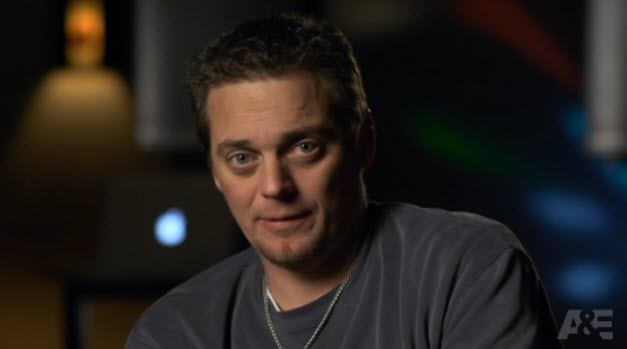 Age: 39
Location: Columbus, Ohio
Addiction: Alcohol
What’s memorable: His need to feel popular and the resulting $200 bar tabs, the 58 year old nympho sugar mama, the mother who believed his childhood anxiety was a result of being possessed by demons, how terribly he manipulates his fragile daughter, how hard it is for him to imagine stopping, even though he’s on the verge of esophageal cancer. “I’ve lost my fear of dying, and I want my misery to be over with.” – Sean

Official Synopsis: Sean was once a popular DJ and charismatic crowd-pleaser, but now he’s rapidly going downhill due to his extreme alcoholism. Sean struggled as a child, growing up in a rough neighborhood with an openly gay father. Today, he spends his days and nights drinking himself to death. He desperately needs an intervention before he loses his family and his life.