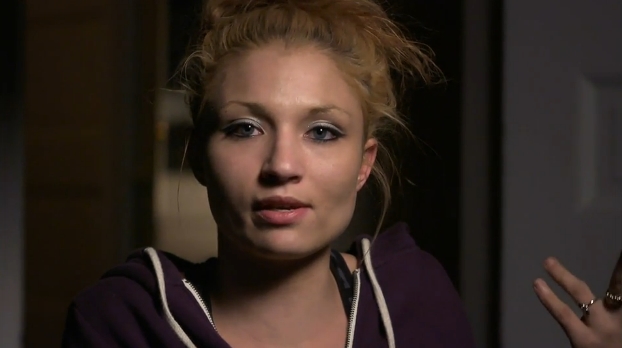 Age: 21
Location: Fortuna, California
Addiction: Meth
What’s memorable: It’s great to see Elena doing so well, she was one of my all time favorites, but it’s terrible that she has to feel responsible for introducing her granddaughter to meth.  Sarah’s in some severe denial, thinking she’s just partying like any other 21 year old. “Gimme a line and I’ll do it. It’s not hurting me really so I don’t know why it’s a big deal.”

Official Synopsis: When her rock and best friend, her grandmother Elena, went away to treatment, Sarah, 21, spiraled out of control. Today, in denial of her own addiction, Sarah is on the same path of addiction her grandmother was on just six months ago. This cycle of addiction must stop in this family now, or unfortunately, Elena will pass on a legacy of addiction instead of recovery.