Good news! Intervention comes back on January 2nd, as per this FB post.  I know there was a lot of talk about the previous season possibly being its last, but it’ll be around for at least another 8 episodes. It looks like this season will be a departure from the show’s basic formula, instead exploring the effects of the current opioid epidemic specifically. Not sure if that means there won’t be the standard end-of-episode interventions or what, and I’m curious about how the “interconnected stories of addicts” will play out. Maybe the whole season takes place in 1 location and the addicts are all part of the same community? That could be really interesting.

We were just talking about how Intervention needed to shake things up a little bit because the formula was getting tired, and a few commenters even mentioned the opioid crisis as a reason to keep the show going. Are the producers are reading Intervention Directory or what? 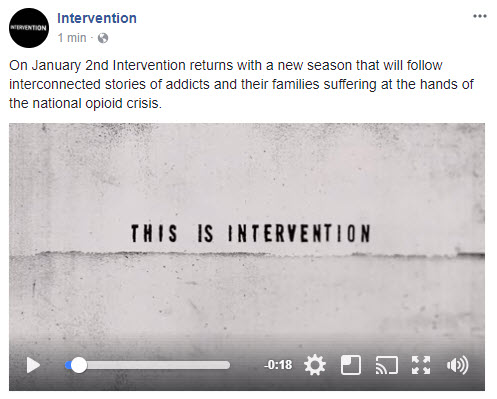