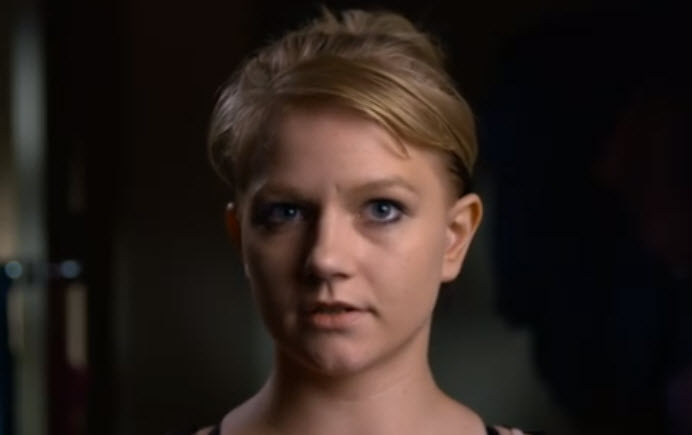 Official Synopsis:  Shandon’s early life was disrupted at three years old when her parents divorced and her mother moved out of the country. Growing up without a maternal figure, Shandon felt abandoned and became very introverted. In high school, Shandon was badly bullied and she turned to drugs. She began acting out and resisting authority, so her father sent her to live and reconnect with her mother. Shortly after arriving, her mother was diagnosed with terminal lung cancer and died within a year. Sixteen-year-old Shandon returned to live with her father and hid her grief by abusing even harder drugs – heroin, opioids and eventually fentanyl. Now in her mid-twenties and saddled with a $200 a day intravenous habit, she prostitutes herself in order to feed her addiction. Her family is at its wits end and is desperately hoping an intervention will save her life

What’s Memorable:  Yet another scary shooting-up-in-the-bathroom-during-a-tense-family-dinner scene. And an even more harrowing withdrawal desperation scene. Man this girl is SICK, so close to dying. I hope she’s able to find her way back.