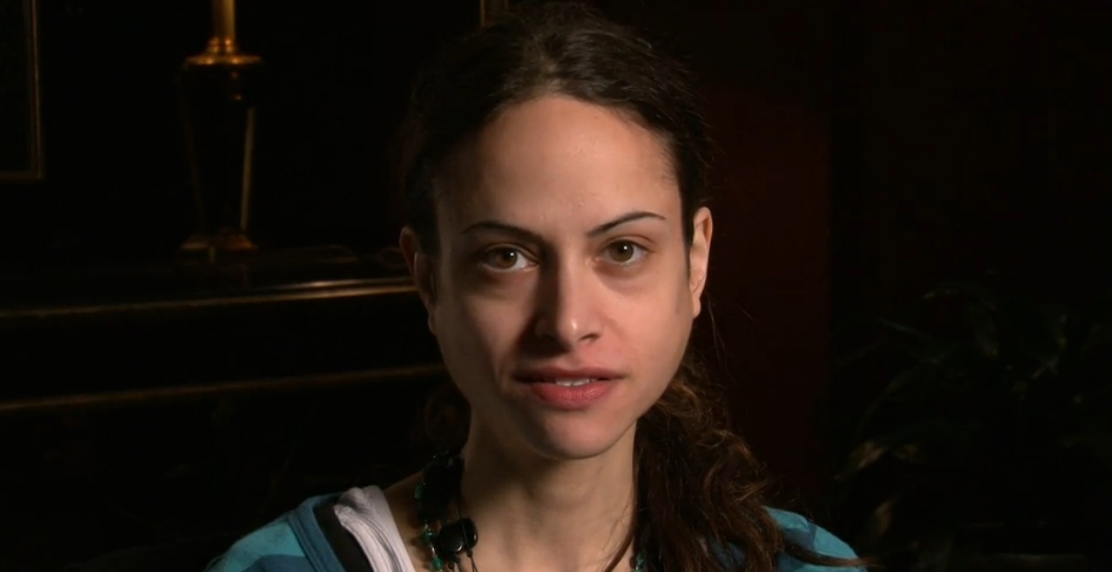 Age: 24
Location: Toronto, Canada
Addiction: Bulimia, exercise
What’s Memorable: Her parents basically locking her in the basement so they don’t have to see her food issues. Her severe body dysmorphia. The way she believes that bulimia is her “thing”, what makes her special and unique. Her 100% focus on her eating disorder.

Update: Amy wrote something about her Intervention episode here.

Official synopsis: Amy and her family escaped the violence of apartheid-era South Africa and immigrated to Canada 22 years ago. But Amy suffered from anxiety and low self-esteem, and she became anorexic and, soon after, bulimic. Now she lives alone in the basement of her family’s house and steals from family members to pay for her eating binges. Weighing only 92 pounds, Amy is on the brink of death.