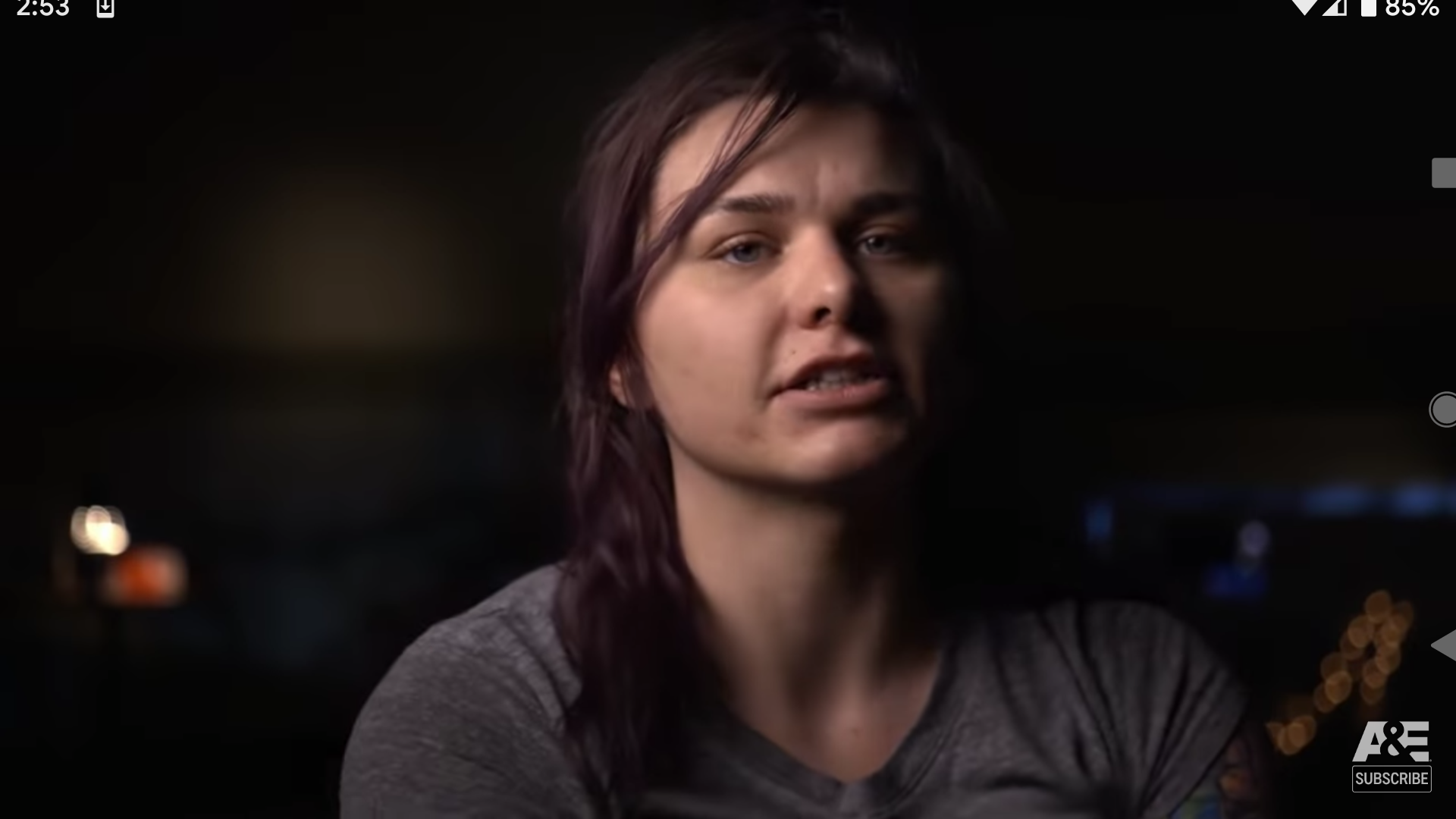 Official Synopsis:  When Natasha’s parents divorced, her mother, Linda, soon remarried. Natasha’s new life was a far cry from her father Wayne’s strict household. Alcohol and drug-fuelled parties were the norm and it wasn’t long before Natasha was partying with those who were supposed to take care of her. To many of Natasha’s friends, it was not a surprise that she began using harder drugs like crystal meth and heroin. Now a full-blown addict, Natasha, 22, has a chance to start her life over. But will Linda be able to convince Natasha to say yes to help when she’s never been able to say no to her daughter?

What’s Memorable:  Shooting up in a very gross bathroom before meeting her estranged dad for sushi, then spending the whole meal tweaking and twitching while telling him that everything’s fine, she doesn’t even use that much. The surprising “um, no” to the question of going to treatment and Andrew’s pretty masterful (and unsuccessful) attempt to convince her that yeah her family sucks but if she wants to get her own apartment she should go to rehab first, all while speed walking in freezing cold snow.