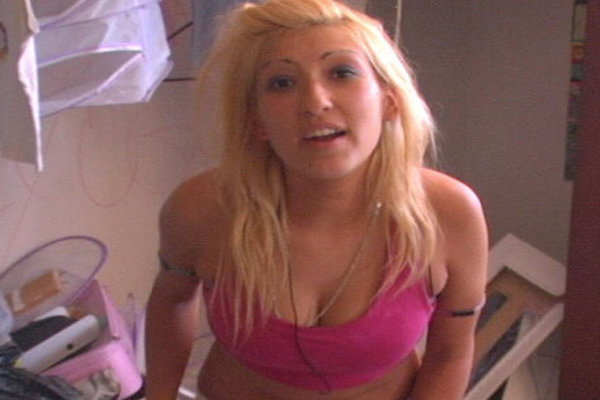 Age: 24
Location: Norco, California
Addiction: Meth, Alcohol
What’s Memorable: This might be the most famous episode of Intervention. I think it’s also my least favorite. It was hard for me to even watch it again in order to write this. Most of the time I have some measure of sympathy for the addicts on this show, but Cristy not so much. There’s just nothing about her that I can relate to or that evokes my sympathy. She’s unbelievably narcissistic and has zero self-awareness. Anyway, what’s memorable? The constant nudity. The eyebrows. The delusions. The intervention.

Official synopsis: Cristy was born into a tight-knit family and sought a career as a clothing designer before she became addicted to alcohol and crystal meth. Now she earns her money as a stripper, and her desperate family knows she needs an intervention.
Original Air Date: August 2006