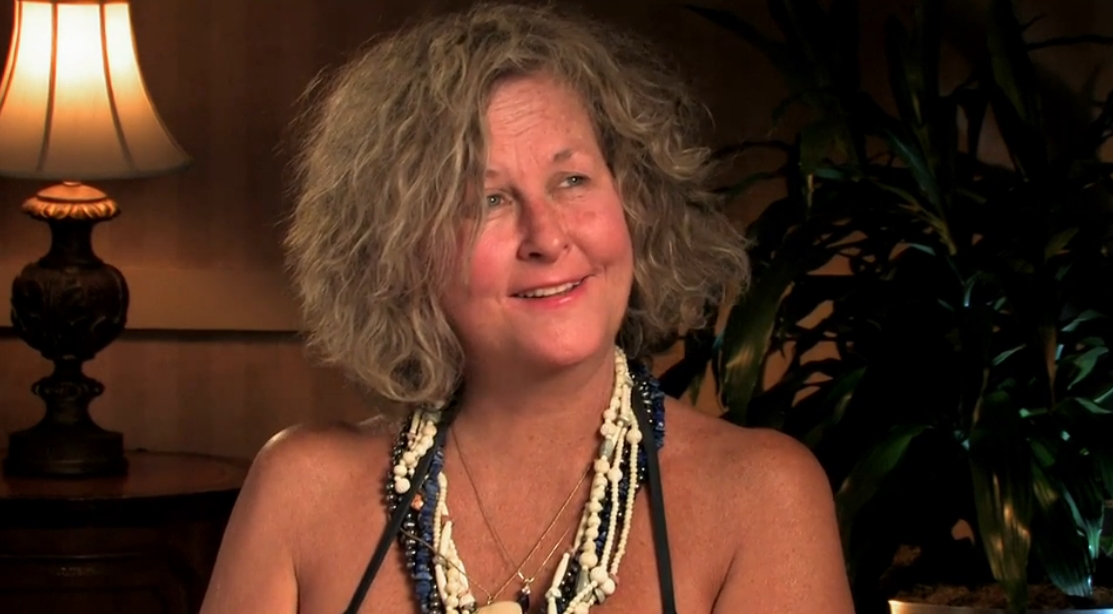 Age: 40’s
Location: near Portland, Oregon
Addiction: Alcohol, sex
What’s Memorable: A gallon of wine a day! The glamorous drug dealing life she had before, the crusty old boyfriend, what a hot crying mess she is ALL THE TIME, and the amazing followup.

Official synopsis: At age 6, Janet was molested. She was also bullied by other kids, making her extremely self-conscious about her looks. At 18, she married a drug dealer who made her rich, but her husband was sent to prison, leaving her alone with two sons. She turned to drugs and alcohol, and had multiple affairs. Her husband discovered one of her affairs and divorced her. Janet remarried and had two more children, but she missed her old luxurious lifestyle and began drinking heavily. Now she frequently passes out, threatens suicide, and puts herself in life-threatening situations.