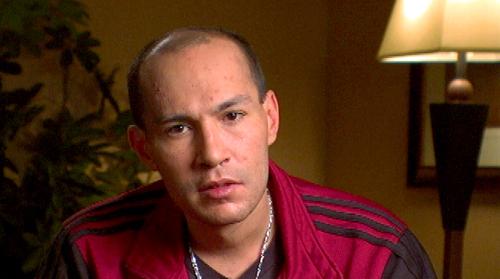 Age: 34
Location: Las Vegas
Addiction: Alcohol (vodka)
What’s Memorable: Oh man, the denial Lawrence was in is absolutely shocking. “Half the time I don’t even think he realizes that he’s drinking.” The bruises all over his body, how weak he is, how he needs his co-workers to totally take care of his basic needs. And, of course, the followup.

Update: Lawrence did on February 23, 2008 from bleeding resulting from cirrhosis of the liver.

Official synopsis: Having graduated high school with academic and athletic honors, Lawrence, 34, became a successful owner of a chain of tanning salons. But he was never able to dull the pain of emotional and physical abuse suffered in childhood. Alcohol took hold and Lawrence became a shell of his former self, often drinking a liter of vodka a day. A recent battle with cancer left him further weakened. Lawrence’s loved ones stage an intervention in the hope that this show of love and support will help Lawrence get the help he needs, and that by sharing his story he might help others.