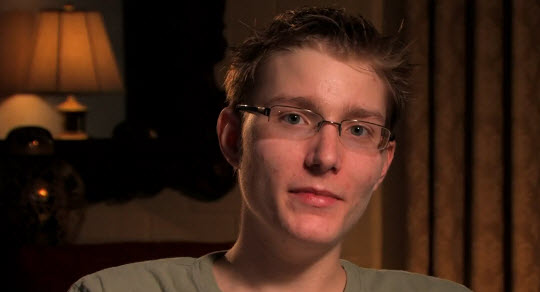 Age: 21
Location: Tuscon, Arizona
Addiction: Eating disorder – Eats things he most certainly should not eat as a diabetic. Also, he seems a bit addicted to attention and to being sick.
What’s memorable: “Sometimes I think he just wants to be the sickest one in the house.” – mother with MS and Lupus. The whole thing with him going out with friends from work and being all excited about having some people to hang with, and then no one shows up…that’s just depressing as hell. Poor guy, so embarrassing to have that happen on camera. Is he suicidal because he has no friends or does he have no friends because he’s suicidal? I hope he’s ok now.

Official Synopsis: John has type one diabetes but refuses to be diligent about checking his blood sugar, or taking his insulin. A social misfit and an outcast for many years, John wants to be considered a regular guy, and pretends to be one by eating whatever he wants without regard for his illness. He has been in a near-coma and hospitalized multiple times. His parents want to stop enabling his self-destructive behavior, but won’t kick him out of the house because they fear he’ll die without their supervision.