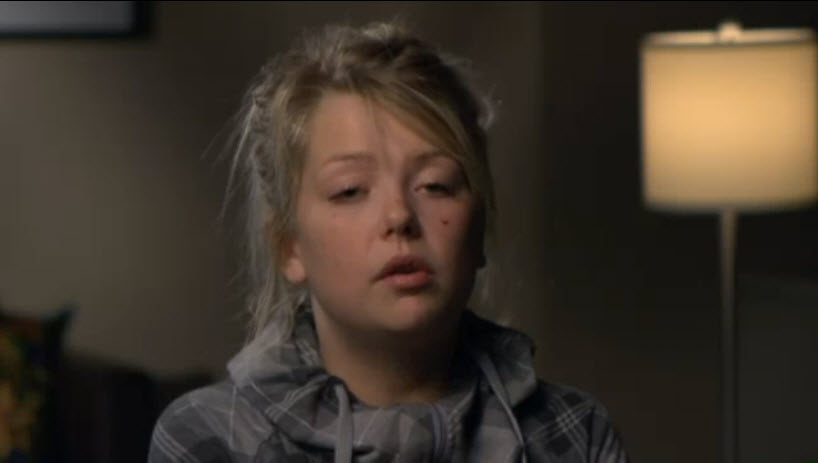 Age: 25
Location: Calgary, Canada
Addiction: Alcohol (beer)
What’s memorable: The shaking, seizing, slurring, blackouts, and prostituting herself for beer are disturbing, as is the way she and her mother blame her sister for Nichole’s drinking. I mean what her sister and her boyfriend did was super shitty (Nichole’s boyfriend of 5 years left her for her sister and now they’re engaged) but to say that’s the whole reason she’s an alcoholic is just absurd. I know people need a scapegoat for stuff like this, I get it, but it’s all pretty unfair to pin it all on the sister.

Official Synopsis: Nichole, 25, has constant tremors due to a severe alcohol addiction as she struggles to overcome her sister’s betrayal.